Herbal medicine is among the most ancient forms of treatment known and the medicinal use of plants is common to all cultures and peoples of the world. The Egyptian Ebers Papyrus, dating back to 1500 BCE, describes more than 700 herbal remedies including aloes, caraway seeds, castor oil and squill. A medical manuscript, Wu Shi Er Ming Fang, dating from 2nd century BCE listing some 224 herbal medicines was discovered in 1973 in a tomb at Ma Huang Dui in Hunan Province, China. The Atharva Veda dating from about 1200 BCE is recognised as a major source book laying down the precepts of Ayurveda, the ancient system of medicine from India. There was significant exchange of herbal knowledge in the ancient world. Hippocrates, "the father of medicine", was tutored by Egyptian priest doctors. Dioscorides, a Greek doctor attached to the Roman armies of Claudius and Nero, compiled ancient and contemporary herbal knowledge in his famous herbal De Materia Medica that for more than thirteen centuries remained one of the principle medical textbooks throughout the civilised world. The Greek herbal achieved its final form in the work of Claudius Galen who was physician to the Roman Emperor, Marcus Aurelius.

The medicine of medieval Europe was significantly advanced by herbal skills brought back to Europe by the Crusaders who learnt their medicine from their Arab adversaries who had themselves synthesised the knowledge of ancient Greek and Persian medicine.

For many centuries plant remedies were the main medicines used to treat disease throughout Europe and many famous herbals were published in English in the 16th and 17th centuries. Some, like those of Culpepper and Gerard, are still well known today. However, with the dawn of the scientific age came the slow decline of plant-based medicine accelerated by the widespread introduction in the eighteenth century of minerals and metal-based remedies into medicine such as arsenic, antimony, lead, mercury, copper, tin and gold. John Waller commented on this trend in his British Domestic Herbal published in 1822.

"Advantages have accrued to medicine from chemical preparations. It is nevertheless a melancholy truth that the health of thousands and the lives of not a few are yearly sacrificed to the rage for preparations of mercury, arsenic and almost every deleterious mineral under heaven. So far has this rage for poisonous drugs gained ground that scarcely any article from the plant kingdom is thought worthy to enter into the prescription of a modern physician that is not recognised for a dangerous and active poison; hence the daily use of aconite, hemlock, henbane etc."

With the discovery of antibiotics, corticosteroids and other major modern drugs, the vast majority of herbal remedies used by doctors for many centuries became relegated to mere footnotes in the official pharmacopoeias. They remained however the remedies of choice of UK herbalists and the practitioners of other herbal traditions that have recently taken root in Britain all of whom have continued these forms of traditional medicine into modern times. 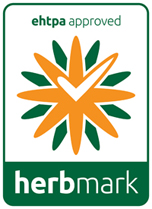 Consult a trusted herbalist - look out for the HerbMark